Google Adsense Invalid Click Issue? Here’s How to Fix it

My name is Ron and I help people create & grow online businesses.  I've made over $1 Million in profit from my own business and work in the trenches every day, just like you.

Google Adsense Invalid Click Issue? Here’s How to Fix it

How to See the Best Performing Google Adsense Pages 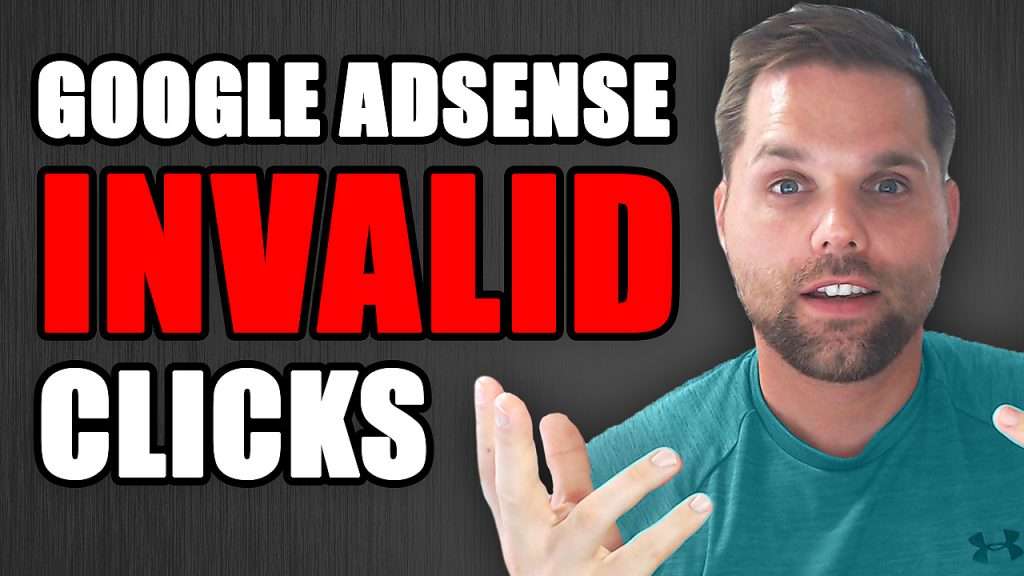 You were cruising along with Google Adsense, things were good month to month, then you saw a deposit in your bank account and it was significantly less than you expected.

You log into Adsense to check what’s going on and your stomach sinks. You realize that even though the dashboard says you made $X, Google has deducted “invalid clicks” and now you are being paid “Y”.

I know this feeling all too well as I lost over $30,000 in 2020 alone from this issue without ever doing anything shady from a traffic standpoint. In this post, I’m going to tell you all about my Google Adsense invalid click issue and how I was able to fix it.

Before I begin, if you’re short on time, know that I STRONGLY recommend you join Ezoic as soon as possible.

Ezoic has a built-in fraud detection system, but more importantly, I use them on all of my sites because they have increased my earnings on every site I installed them on and SOLVED my invalid click issues.

First, let me give you a little bit of background about my situation. I woke up one day expecting a $16,000 check from Google AdSense, but I checked my bank account and it was an $8,000 check, which is…not good. As I was looking into it, I realized that Google had taken all this money from me because of an “invalid click” issue.

Turns out there was a lot to learn. Below is a screenshot of my spreadsheet I used to track my losses due to invalid clicks:

As you can see, in 2019 my invalid click rate for the same set of websites, same ad layout, same everything, was less than 1%. In other words, I got less than 1% of invalid traffic every month.

So, how did I handle it?

When I noticed this problem I reached out to Adsense support, which, unfortunately, is just an email address. They just weren’t very helpful; they were pretty vague in their answers and everything seemed to be a templated response.

I checked if it was a widespread issue (It was, and it’s shocking)

There are actually a lot of people going through this.

As you can see in the screenshot below and on this link, or this link, these are community posts about it. One person says in February, “47% of my earnings deducted as invalid traffic.” There are a lot of people complaining about this problem.

Why are Invalid Clicks a BIG Problem?

First off and probably the most obvious thing, losing your hard-earned money isn’t a good thing.

Second, and more importantly, Google can (and often does) suspend your AdSense account for this. If that happens, you’re going to be going to have a very difficult time making money with display ads in the future.

Third, the numbers of “invalid clicks” just kept going up. Maybe you’ll get lucky, and the way that everything went down for me won’t happen to you. But for me, that’s what happened. They kept going up and though I checked the analytics and my site for any attacks or shady things, I never found anything.

Fourth, Google announced a crackdown on this previously. As you can see below in Search Engine Journal,  they announced the crackdown on invalid clicks in August 22nd, 2019.

Basically what they’re saying is, “We’re enhancing our defenses even more by improving the systems and identifying potentially invalid traffic or high-risk activities before ads are served.”

In theory, this was supposed to make it so that if any website was trying to show an ad and the system suspected it could be fraudulent, it wouldn’t show the ad at all.

If that were the case, invalid clicks would be a thing of the past. Whatever Google Adsense did at this time changed the way they recognize invalid clicks.

While you can try plugins, contact Adsense support, talk to others, the only real solution I found was actually a pretty simple one.

Join Ezoic as soon as possible (or another ad network, but I use Ezoic and love it)

The first thing that you can do to completely fix this very, very quickly, is to join an Ad network. When you do this, it’s the Ad network versus Google.

It’s not YOU versus Google. It’s a display network with hundreds or even thousands of customers vs Google, and they stand a much better chance of success then you do.

If it’s just you versus Google, you’re losing that battle, I promise you. You can even try to bring a lawyer in, I spoke with a few and they told me I had absolutely no chance.

Now the question is who should you choose as the Ad network?

The reason why I like Ezoic is a number of different reasons;

There are other options to choose from as well if you’re interested.

Mediavine is a viable alternative and an ad network that you can try.

AdThrive is another viable alternative and they require that you have 100,000 page views every single month.

But maybe you aren’t ready to switch…

You may be thinking “Well, that’s great Ron, but I’m really not sure I want to switch over just yet. I want to handle this myself,” then here are some things you should consider.

Are you encouraging accidental clicks?

If anywhere on your site you encourage visitors to click on your ads, stop as quickly as possible.

Are you using automated clicks?

In other words, this is when you have a bot click on all of those ads for you, which is basically criminal. You’re quite literally stealing money from advertisers if you do this. That’s just not right, stop immediately if this is your situation.

But what if none of that is happening?

Here are some guidelines according to Google.

These are basically some publishers that are just pushing traffic out as much as they can, and some of that is low-quality traffic. This can actually negatively impact your AdSense account because the traffic coming to your site seems suspicious.

Are you disclosing sponsored ads?

I was told by their support team via email to disclose that the ads on my page were “sponsored ads” above the ad in the content of the page. I thought that was really unfair because I looked at all my competitors and they weren’t doing it.  I don’t know if that’s really the best advice, but that’s one thing that they told me to do. I did it, and I didn’t find that it fixed the issue.

Next, check your traffic sources. This is a big one. Go to Google Analytics and look at how much traffic is coming in and find out where that traffic is coming from. If anything looks fishy, or really off, you might have your competitor or some random person sending bots over to your website and they’re clicking the ads and Google’s detecting that.

In that case, you’re going to have to work with somebody to get that fixed. Luckily, I didn’t have that problem.

If none of the above, what is the easiest way out?

For me, it was none of the above, I couldn’t find an answer. My invalid clicks skyrocketed, nobody could tell me what was going on, and I had nowhere to turn.

For me, the answer was Ezoic. Their team worked with me to fix the issues and ever since I joined, those problems mysteriously vanished.

Hopefully, this post helps you if you’re dealing with the invalid clicks issue.

If you are right now, I feel your pain. I’ve been there and it truly sucks. For the good of the business that you’ve been working on, leave Google Adsense as soon as possible and join Ezoic instead.