Why You'll Never Get Rich (and how to fix it) | 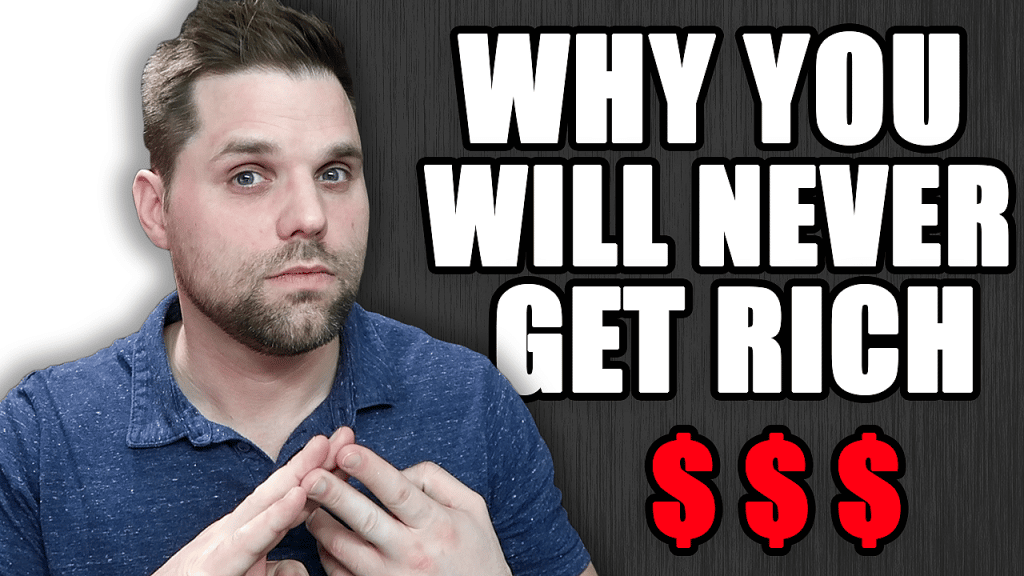 Why You’ll Never Get Rich (and how to fix it) 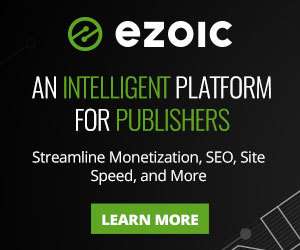 Getting rich is no easy task. It takes a lot of hard work, consistency, and discipline. But the reality is, you’re not going to get rich by simply skipping your morning cup of coffee. It’s not a bad idea to look at your spending habits and cut back in certain areas, but that’s not how you get rich.

This list isn’t focused on simply saving money; these are things that are actionable and an absolute requirement if you want to achieve true financial wealth.

1) Too Much Saving, Not Enough Earning

Number one is that you’re focused too much on saving and not enough on earning. This is actually a very common problem. What I see time and again is that when people are trying to get rich or start making more money, they say, “Okay, I’m just going to start skimping on everything.”

They get rid of their Netflix. They skip their coffees. And while it is good to spend responsibly and you definitely need to spend less than you make (because that’s just good financial sense) that isn’t what will make you rich.

What will make you rich is starting your own side hustle or working a second job—or do what I did and start a website that creates passive income. If you’re interested, you can get a free course by clicking on this link.

The point is is that you need to create some type of asset that starts generating income for you on the side of whatever your primary job is. Then you’ll have two streams of income and you’ll be twice as likely to actually get rich.

2) No Goals for Your Money

Number two is that you don’t have goals for your money. At the beginning of every month and every year, you need to sit down and look at how much money is coming in and what your goals are for that money.

Look at those things and find out what is lacking. If you see that you’re not making enough money, figure out a way to make more money. It’s not like it’s impossible; it’s very possible these days.

There are a lot of things that you can do virtually, so definitely take the time to sit down and start learning more things.

3) Too Scared or Too Cheap to Invest

Number three is that you’re too scared or too cheap to invest. I’m curious as to why people are nervous to invest. This is a common problem and I don’t understand it because I don’t come from that mindset. But if this is you, please comment below. I’d love to hear from you.

So how do you fix it? Well, investing is a real thing. This has been around for a very long time. It’s not going anywhere. You just need to sit down and educate yourself and understand that this isn’t just for the super-wealthy, this is for every person that has money and wants to make it grow.

You need to spend more time educating yourself on how to better invest so that you have more confidence in this particular situation.

4) Only One Source of Income

Number four is that you only have one source of income. This is almost everybody, and that’s okay. I came from that too. It’s not like I was handed a silver spoon when I was born—that’s not it at all.

What you need to understand is that one of the best ways to get rich is to create another source of income. It can be a small amount of income at first, but that income source will eventually grow.

Personally, I chose to create a business of websites. Again, if you have no idea about that stuff, that’s fine; you can find a free course here to help you out.

The majority of my net worth ( $750,000) is from my own business. I was able to grow that in about six years, as compared to the 36 years that I’ve spent in my life otherwise. Granted, I wasn’t working the whole time, but a lot of that was spent working for “the man.”

So how do you fix it? You have to get another source of income. It’s just that simple. It could be selling things on Amazon, eBay, or Etsy. It could be some type of side hustle, like mowing lawns or shoveling snow, etc. It doesn’t matter.

What matters is that you find another way to make money outside of whatever your primary job s, which is usually a full-time job. The key to this is to have passive income.

Number five is that you don’t have passive income. For those that don’t know, passive income is something that you own that will make money when you aren’t actively working on it.

I chose to do it with websites because websites are open 24 hours a day, seven days a week. It’s a beautiful thing. They never close down. If you have a shop, it has to close; you have to be there. That is not the case with websites.

Number six is that you’re too scared to take risks. If this is you, I understand because I am actually pretty risk-averse. However, I like to take what I call “calculated risks.” So how is it that you fix this type of situation if you’re scared of risk?

It’s pretty simple. In the beginning, all you need to do is take very small risks with your money. It’s a great way to do it. Start with putting $10, $20, or $50 a month into an investment account.

After doing that step over and over for months on end, you’re going to start to say, “Hey, you know what? This isn’t all that risky.” Yes, there are risks involved; but it isn’t all that risky, especially if you’re in a mutual fund or something like that.

7) You Think It’s Impossible and You’re Not Worthy

They don’t just get lucky and get a silver spoon—they’re don’t have an inheritance. Yes, that does happen, but the majority of people are driven and are willing to work hard enough to achieve their goals.

In order to fix your situation, you need to stop thinking that it’s not possible and understand that it’s possible for anybody, as long as they work hard and they consistently work towards their goals and make the right moves.

8) Not Contributing to Retirement

When you are contributing to retirement, the first important thing to remember is that if your employer matches your contribution (usually this is a 401k situation), make sure that you are matching the absolute maximum that they will.

Sometimes this is about 5% of your salary, and they’ll match that up to 100%. You can essentially double your money and get free money from your employer. Always, always, always do that because that’s literally free money. You won’t get it now, but you will in the future.

If you don’t have an employer match plan that starts small, you can click on this link to Acorns. With Acorns, you can contribute 10 bucks a month, which isn’t much. Yet, with just that itty-bitty thing, you’re going to see over time that it will start to grow, which will encourage you to save even more money.

If you do take that small step, it will make it easier to take bigger steps in the future and save even more money towards your retirement, which you really can’t afford not to do.

Number nine is that you lack discipline. Generally speaking, these are the folks that say, “Well, I should be saving money and investing money, but I’m not going to do that. I’m going to get this coffee instead.”

If you are trying to fix this, again, it starts with small steps. Start skipping that coffee. That’s the first thing that you can do. Or, start putting $10 a month into that Acorns account.

Whatever it is, you need to start small and make sure that you do that consistently for maybe two or three months. Then add more little steps. Eventually, you’re going to be disciplined because you will begin to see the end result.

You’re going to see that goals are being achieved, and this will encourage you to become a little bit more disciplined when it comes to this stuff.

10) You Won’t Invest In Yourself

Number 10 is a common one—you won’t invest in yourself. Guys, I get it. When you’re starting out, you’re looking into these side hustles and ways to make extra money, and it’s hard to spend money on something that’s an uncertainty.

It’s difficult to spend that money because you don’t know what the end result is going to be. But in order to fix this type of situation, you need to start investing in yourself.

Start with something cheap; you don’t have to spend a lot of money. As I said, you can get my free course here. That’s investing your time. Or you could go to the bookstore and spend $10 to read a book on whatever topic it is that you’re interested in.

Just making that small investment in yourself is going to create a snowball effect and you’re going to see that you’re learning. As long as you take action on those things after you’ve learned them, you’ll find that your goals will be closer to being achieved.